It’s not just the widely acclaimed Conan the Barbarian and Savage Sword of Conan comic books from Marvel that features the fierce Cimmerian. Conan is a key character in the new series Savage Avengers. Here, he joins the likes of Venom, the Punisher, Wolverine, Elektra, and Brother Voodoo.

Writer Gerry Duggan calls it “an unsanctioned team of heroes” in an interview with EW. Duggan, who’s also writing Savage Sword of Conan, says he’s had fun with Conan and the fact that he comes from another time altogether.

“The Marvel heroes have not quite seen the likes of Conan before, but when you turn it around and look at Conan viewing this, he’s very skeptical of a lot of it because he’s so magic-averse,” Duggan tells EW. “His interpretation of the Venom symbiote, when he first sees it, is that it must be an evil genie. There’s real fun to be had there. At one point Conan believes that Logan hails from somewhere called Pabst, and that’s a well-earned miscommunication. That’s where a lot of fun comes from. Conan is a fish out of water, but everyone will come to respect the skills they’re all bringing to the fight.”

Read the full interview over at EW. 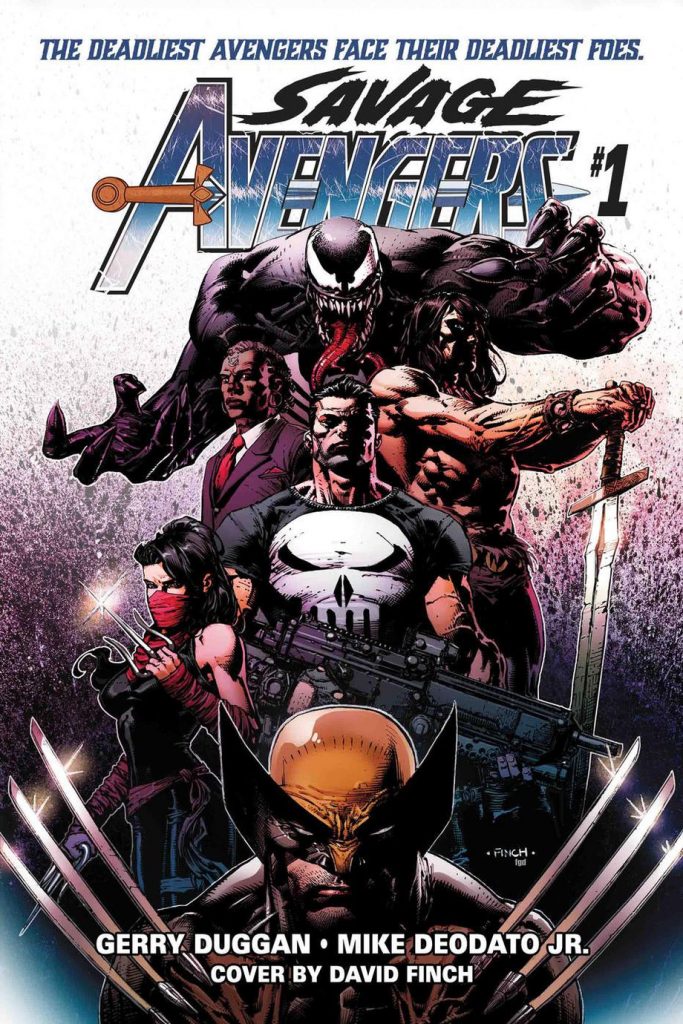 The cover for the first issue of Savage Avengers, due in May, is drawn by David Finch, and looks suitably savage.

Perilous Worlds: Many Characters and Worlds