TO ARMS! Survival RTS Conan Unconquered is now out!

CHALLENGING: “No game we have created has ever challenged the player’s skill to a higher level,” says Executive Producer Ted Morris at Petroglyph.

What do you get if you put Conan the Barbarian into a gaming world inspired by the current wave of survival games, created by veterans of Command & Conquer? The answer: Conan Unconquered, now available on PC.

OSLO, Norway – May 29th, 2019 – “Not all men seek rest and peace; some are born with the spirit of the storm in their blood”. Let their thirst henceforth be quenched, as publisher Funcom and the developers at Petroglyph announce that Conan Unconquered today released on PC. Conan Unconquered is a real-time strategy game that combines resource management, war strategy and pure savagery to create the ultimate RTS experience.

“No game we have created has ever challenged the player’s skill to a higher level,” warns Executive Producer Ted Morris at Petroglyph.

Such a warning from the development team with games like Command & Conquer, Dune II and Star Wars: Empire at War on their resumé, should not be taken lightly. However, the gaming veterans promise a silver lining. At least the first few waves you face won’t be all that bad.

Conan Unconquered takes you to the world created by fantasy author Robert E. Howard during the early 1930s, and the subsequent comics and cult classic movies from the 1980s. You are tasked with defending a city against the terrible legions of the cruel sorcerer Thugra Khotan, Conan’s nemesis in the short story Black Colossus (1933). You must manage your resources wisely, create dwellings and research facilities, and set up fortifications as best you can. You must direct your army to fend off every wave of attack, all the while using your hero to explore, gather resources, find invaluable artifacts and gain experience.

The game can be played solo, in co-op multiplayer or you can compete against other players in challenge mode. In co-op mode players will share resources and most of the buildings and fortifications, but they will face tougher foes than they would have in a single-player game. The challenge comes in trying to coordinate between one another.

The map and attacking waves are generated at random every time, but in challenge mode you get to challenge your friends to beat you on the exact same map and with the exact same enemies as you just faced. Each challenge even comes with its own leaderboard.

The game is currently available for $29.99 (pricing may differ across territories) on https://buy.conanunconquered.com/ 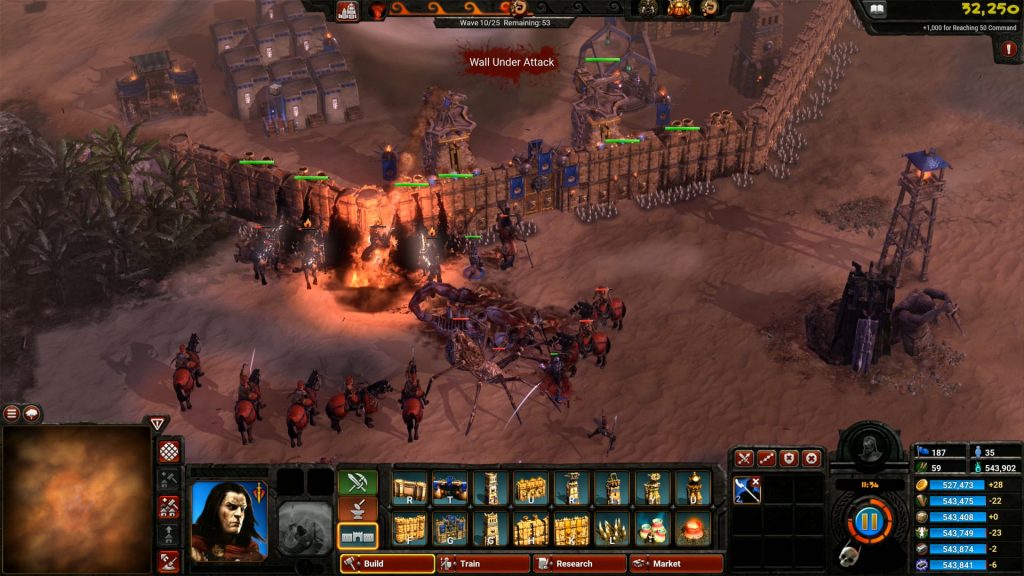 ABOUT FUNCOM
Funcom is an independent developer and publisher of online games for PC and consoles. Funcom has provided outstanding entertainment since 1993 and continues to expand its track-record of more than twenty released games. Titles include ‘Conan Exiles‘, ‘Secret World Legends, ‘Age of Conan: Hyborian Adventures’, ‘The Longest Journey’, ‘Anarchy Online’, ‘The Park’, and ‘Dreamfall: The Longest Journey’. For corporate information please visit www.funcom.com. For information about Funcom games visit www.conanexiles.com, www.secretworldlegends.com, www.anarchy-online.com, www.dreamfall.com, www.theparkgame.com, www.conanexiles.com, or www.ageofconan.com. Funcom is listed on the Oslo Stock Exchange under the ticker FUNCOM.

ABOUT CABINET
The Cabinet group consists of Cabinet Entertainment, a tv/film financing and production company, as well as Cabinet Licensing, a consumer products division which manages and develops global entertainment franchises in all forms of media, including motion picture, television, and the gaming, publishing and toy/collectibles industries. Our portfolio consists of well-known brands such as Conan the Barbarian, Kull of Atlantis, Solomon Kane, Mutant Chronicles, Mutant: Year Zero, and Kult.

ABOUT PETROGLYPH GAMES
Based in Las Vegas, Petroglyph has roughly 30 employees with many team members coming from Westwood Studios, creators of Command & Conquer. They’ve been responsible for a range of tactical and strategic PC games including Star Wars: Empire at War, Grey Goo and the recent ‘8-Bit’ RTS series. They are also currently developing the remaster of Command & Conquer to be released by Electronic Arts.